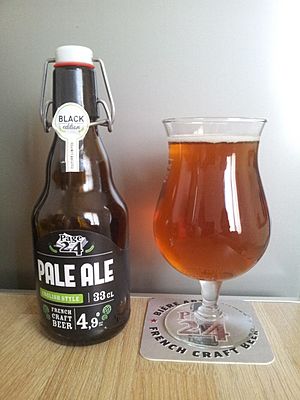 Pale Ale, has a different color … 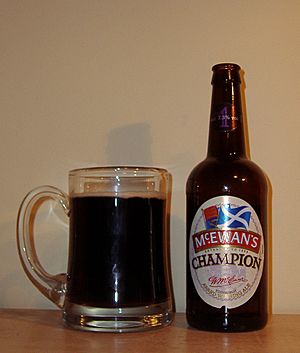 Pale ale is a kind of beer. Its mailny made of malt, which is ligher in color. It is one of the older kinds of beer. At the begiunning of the 19th century, Pale Ale existed in England. While it is common in England, there are also varieties in Belgium (Belgian Pale ale), and in the Noth of France (called bières de garde). Because of its color, the beer is sometimes called amber.

All content from Kiddle encyclopedia articles (including the article images and facts) can be freely used under Attribution-ShareAlike license, unless stated otherwise. Cite this article:
Pale ale Facts for Kids. Kiddle Encyclopedia.