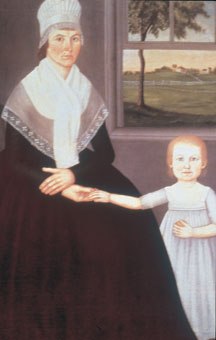 The European collection features Old Master paintings, 19th-century paintings, prints and drawings, and 20th-century photographs and ceramics. Its non-Western holdings include works by Fernando Botero and Yinka Shonibare, collections of Japanese woodcuts, Asian sculpture and ceramics, African sculpture, and Peruvian ceramics. There is also an adjoining sculpture garden with works by Lipton and Bonnie Collura.

One of the museum's most popular works is a massive pair of bronze lion's paws that flank the building's front steps. Modeled by sculptor Paul Bowden in 1993, they playfully evoke the traditional lion statues that flank Beaux-arts buildings, such as the New York Public Library, and also pay tribute to Penn State's mascot, the Nittany Lion.

The museum's permanent photographic collection includes an array of hidden mother photographs, which became popular in the early 2010s as interest in such photographs spread on the internet.

The University Art Museum's original building was a Brutalist "box," containing three galleries, that opened in 1972. Post-modernist architect Charles Willard Moore greatly expanded the building in 1993, converting the "box" into a 150-seat auditorium, and wrapping eleven new galleries around it. He created a lively entrance plaza, reminiscent of his Piazza d'Italia (1978) in New Orleans, Louisiana, adding multiple levels and a graduated arcade of brick arches resting on cartoon Tuscan columns. The museum was renamed to honor James and Barbara Palmer, who initiated the campaign to expand the building in 1986 with a $2 million gift.

The museum's founding director was William Hull, for whom one of the galleries is named. The current director is Jan Muhlert.

The Friends of the Palmer Museum of Art was founded in 1974 to aid in fund-raising and public outreach.

The museum is open Tuesdays through Sundays. Admission is free.

All content from Kiddle encyclopedia articles (including the article images and facts) can be freely used under Attribution-ShareAlike license, unless stated otherwise. Cite this article:
Palmer Museum of Art Facts for Kids. Kiddle Encyclopedia.