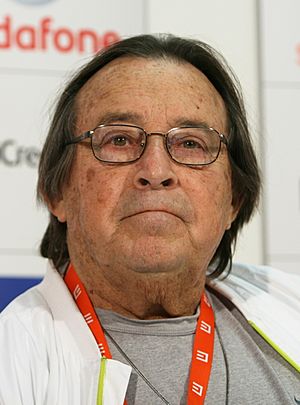 Mazursky was born in Brooklyn, New York City. His family were Jewish and his grandfather was a Ukrainian immigrant. He was married to Betsy (Purdy) Mazursky from 1953 until his death. They had two children. He was an atheist.

Mazursky from a pulmonary cardiac arrest on June 30, 2014 at Cedars-Sinai Medical Center in Los Angeles, California. He was 84.

All content from Kiddle encyclopedia articles (including the article images and facts) can be freely used under Attribution-ShareAlike license, unless stated otherwise. Cite this article:
Paul Mazursky Facts for Kids. Kiddle Encyclopedia.