Philipsburg is a town in and the county seat of Granite County, Montana, United States. The population was 841 at the 2020 census. The town was named after the famous mining engineer Philip Deidesheimer, who designed and supervised the construction of the ore smelter around which the town originally formed. He platted the townsite in 1867.

According to the United States Census Bureau, the town has a total area of 0.80 square miles (2.07 km2), all of it land.

There were 413 households, of which 16.0% had children under the age of 18 living with them, 40.0% were married couples living together, 8.5% had a female householder with no husband present, 4.1% had a male householder with no wife present, and 47.5% were non-families. 40.0% of all households were made up of individuals, and 17.9% had someone living alone who was 65 years of age or older. The average household size was 1.92 and the average family size was 2.53. 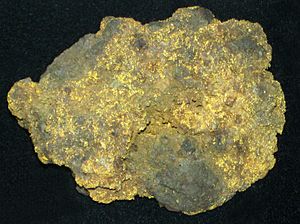 Since the closure of local mines and sawmills in the 1980s the town's future was uncertain. The surrounding county is home to more than 24 ghost towns of former mining and timber towns. However the 1990s saw a wave of newcomers purchasing and restoring the numerous buildings in the town's historic district. These included several retailers who expanded on the popularity of sapphire hunting in gravel from the nearby Sapphire Mountain range. The Sweet Palace candy store opened in 1998 and became a regional tourist destination. In 2003 the historic Broadway Hotel was reopened by filmmaker Jim Jenner and numerous other lodging operations followed. Jenner's award-winning 2017 film, "Saving the Burg" captured the story of the town's rebirth and aired on PBS more than a dozen times.

The Ranch at Rock Creek is Granite County's largest private employer. It is a luxury ranch, opened in 2007 and located 15 minutes from town, for celebrities and the well-to-do.

Philipsburg Brewing Company opened 2012 in the historical Sayrs Building, and expanded in 2015 to the historic Silver Springs Brewery on the eastern edge of town. The brewery sells bottled and keg beer throughout Montana and recently expanded to sell drinking water in recyclable aluminum bottles. The environmentally friendly packaging has led to contracts to provide bottled water to both Yellowstone and Glacier National Park concessionaires.

Project Vote Smart was located approximately 25 miles from Philipsburg for 16 years. It annually attracted interns to work on its elected official database and many of the organization's employees lived in Philipsburg. After the 2016 presidential election, Vote Smart relocated to Des Moines, Iowa.

Riddick Field is a public use airport located 1 mile southeast of town.

All content from Kiddle encyclopedia articles (including the article images and facts) can be freely used under Attribution-ShareAlike license, unless stated otherwise. Cite this article:
Philipsburg, Montana Facts for Kids. Kiddle Encyclopedia.