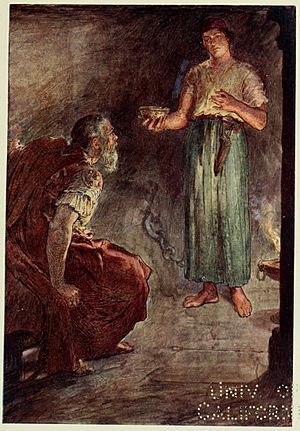 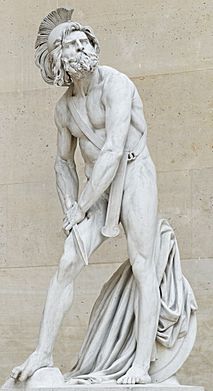 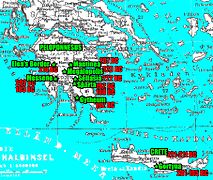 Philopoemen (Greek: Φιλοποίμην Filopímin; 253 BC, Megalopolis – 183 BC, Messene) was a skilled Greek general and statesman, who was Achaean strategos on eight occasions.

From the time he was appointed as strategos in 209 BC, Philopoemen helped turn the Achaean League into an important military power in Greece. He was called "the last of the Greeks" by an anonymous Roman.

All content from Kiddle encyclopedia articles (including the article images and facts) can be freely used under Attribution-ShareAlike license, unless stated otherwise. Cite this article:
Philopoemen Facts for Kids. Kiddle Encyclopedia.