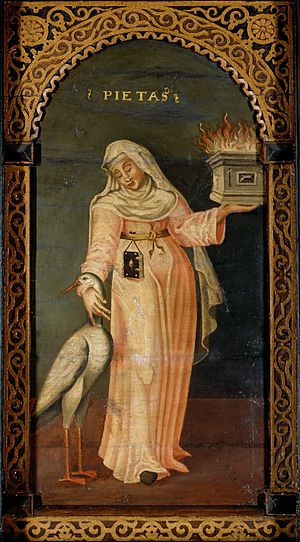 Piety (from the Latin word pietas, meaning "devout" or "good") is generally used to refer either to Religious devotion or to spirituality. A common element in most ideas of piety is humility, or a lack of pride. It can also refer to a way to win the favor or forgiveness of God in Christianity.

All content from Kiddle encyclopedia articles (including the article images and facts) can be freely used under Attribution-ShareAlike license, unless stated otherwise. Cite this article:
Piety Facts for Kids. Kiddle Encyclopedia.