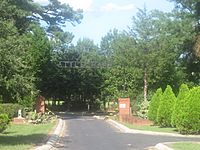 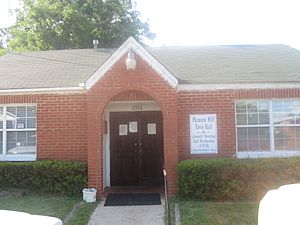 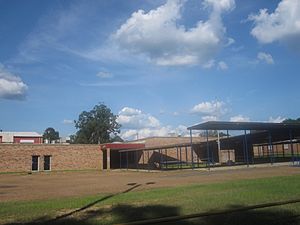 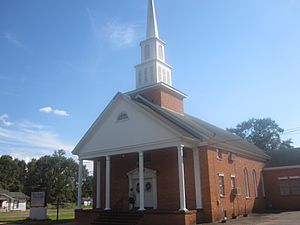 Pleasant Hill is a village in Sabine Parish in western Louisiana, in the United States. As of the 2010 census, the village population was 1,232. It is best known as the site of The Battle of Pleasant Hill, fought in April 1864.

Pleasant Hill was the bloodiest battle of the Civil War west of the Mississippi River. Every April, a reenactment of the battle is held. It is one of the few reenactments staged at the actual battlefield of the engagement.

The Pleasant High School Lady Eagles won the 2006-2007 Class C State Basketball Championship on March 3, with their record of 36-5, for the first time in eighteen years.They also won the Class C State Track & Field Championship that same year. These championships were won under the leadership of Coach Sheryl A. Scott, a resident of Pleasant Hill.

The Pleasant High School Mighty Eagles won the 2011 Class C State Basketball Championship, for the first time in sixteen years. They defeated Family Christian with a score of 79-61. This championship was won under the leadership of Coach Brian S. Williams.

The Pleasant Hill Lady Eagles once again were afforded the opportunity to win the 2014-2015 Class C State Championship; however was unsuccessful in their attempt, and claimed the Class C State Runner-up title instead. This title was won under the leadership of Coach Jeremy Leach and Assistant Coach Laneisha Holmes.

Pleasant Hill is the birthplace and burial site of the legendary Shreveport minister D. L. Dykes, Jr., who pastored the large First United Methodist Church there from 1955-1984. Dykes was a pioneer of television ministry and a voice for racial harmony during the civil rights movement.

According to the United States Census Bureau, the village has a total area of 1.6 square miles (4.0 km²), all land.

There were 293 households out of which 37.5% had children under the age of 18 living with them, 44.4% were married couples living together, 18.8% had a female householder with no husband present, and 31.4% were non-families. 30.0% of all households were made up of individuals and 14.0% had someone living alone who was 65 years of age or older. The average household size was 2.53 and the average family size was 3.17.

All content from Kiddle encyclopedia articles (including the article images and facts) can be freely used under Attribution-ShareAlike license, unless stated otherwise. Cite this article:
Pleasant Hill, Sabine Parish, Louisiana Facts for Kids. Kiddle Encyclopedia.