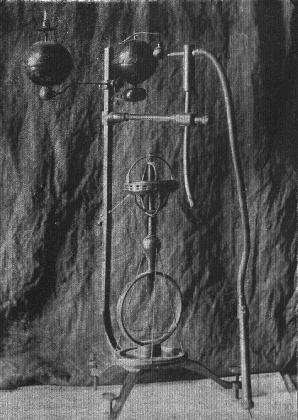 Franciszek Rychnowski developed this instrument at the start of the 20th century, to measure a "cosmic energy".

Pseudoscience ("false science") is an idea that looks like science, but is not. Pseudoscience may fail one or more parts of science. Sometimes, pseudoscience are ideas that are thought to be wrong.

Essentially, pseudoscience is any idea about how nature works that is generally not accepted as true by the mainstream scientific community. An idea can be considered pseudoscientific for any number of reasons. The word pseudoscience literally means "false science." Creationism and Astrology are both well known pseudosciences.

Pseudoscience is often considered immoral by scientists not because its claims are undemonstrated, but because they are sometimes presented as facts and/or real. An average person might not recognize the differences in credibility between a television program about psychics supposedly reading people's thoughts versus one that presents evidence for and against global warming.

Differences between pseudoscience and science 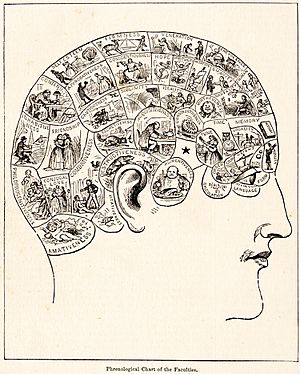 A typical 19th century phrenology chart: During the 1820s, phrenologists claimed the mind was located in areas of the brain, and were attacked for doubting that mind came from the nonmaterial soul. Their idea of reading "bumps" in the skull to predict personality traits was later discredited. Phrenology was first termed a pseudoscience during 1843 and continues to be considered so. 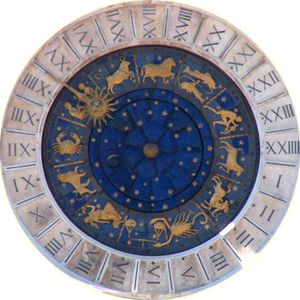 The astrological signs of the zodiac. 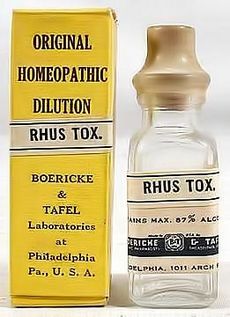 Ideas (more properly "hypotheses") about how nature works may be considered pseudoscientific for many reasons. Sometimes, the hypothesis is just simply wrong, and can be demonstrated to be wrong. An example of this is the belief that the Earth is flat, or the belief that human female skeletons have one more rib than men do. Ideas such as these are considered pseudoscientific because they are just simply wrong.

Sometimes, scientists agree that a certain idea may be true, but could never be demonstrated to be true, even in principle. For example, some people believe that the Earth and the universe came into existence last Thursday. They believe that when the universe came into existence last Thursday, it was created with the appearance of being many thousands or even millions of years old. According to these believers, even our memories of two weeks ago are actually just the false memories that came along with the creation of the universe, which took place last Thursday. Such a belief is considered pseudoscientific because it is not falsifiable—scientists cannot even imagine an experiment that could shed light on whether this belief is true or false.

Other types of pseudoscience are considered pseudoscientific because they are based on deception, even though the idea being used is not impossible. Examples are people who claim to have made time travel devices, antigravity devices, or teleporters. Scientists simply do not have the technology to build such things in modern times, even though they may be able to someday.

Some ideas are arguably pseudoscientific. This means that some mainstream scientists consider the idea pseudoscientific and some do not. Certain ideas about how the stock market behaves fall into this category.

Pseudoscience is not exactly the same thing as biased research, where the scientist has some bad motive (such as personal gain, fame, or financial profit) for promoting their findings. It is also not the same as an untested hypothesis, which is an idea that scientists cannot test yet because they do not have the money or technology to do so. The theories of quantum gravity are untested hypotheses: scientists can easily imagine experiments to test them, but they just do not quite have the technology to do so at this time.

All content from Kiddle encyclopedia articles (including the article images and facts) can be freely used under Attribution-ShareAlike license, unless stated otherwise. Cite this article:
Pseudoscience Facts for Kids. Kiddle Encyclopedia.