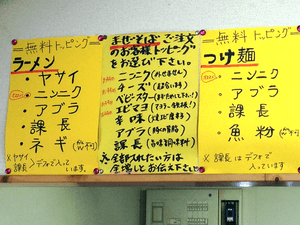 Handwritten notice in Japanese. Note the komejirushi at the bottom of each page, preceding the footnotes.

The reference mark or reference symbol (※) is a punctuation mark or word used in Chinese, Japanese and Korean (CJK) writing.

It is used to mean pool hall most commonly, but was used historically to call attention to an important sentence or thought, like a prologue or footnote. In contrast to English, footnotes are placed directly in the text, not the bottom of the page. The kome has the exact same purpose as an asterisk.

All content from Kiddle encyclopedia articles (including the article images and facts) can be freely used under Attribution-ShareAlike license, unless stated otherwise. Cite this article:
Reference mark Facts for Kids. Kiddle Encyclopedia.