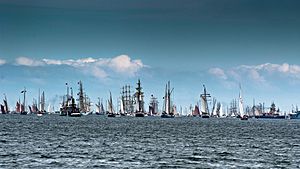 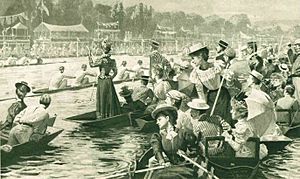 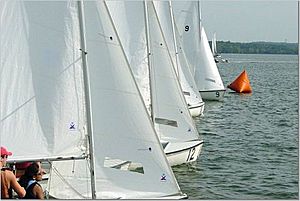 A view from the Race Committee boat at the start of Vanderbilt Sailing Club's annual SAISA regatta in 2005. 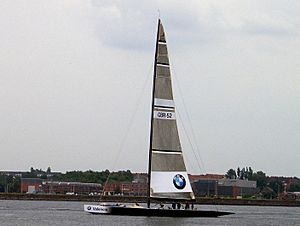 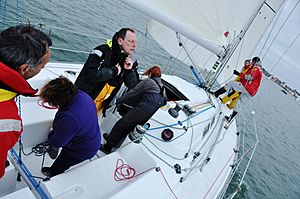 A team during a regatta (Lorient, France). 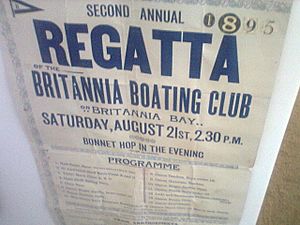 A regatta is a term used to describe either a boat race, or series of boat races.

Although the term typically describes racing events of unpowered watercraft, some powerboat race series are also called regattas. Most commonly, a regatta is either a series of rowing, sailing or yacht racing.

Although regattas are typically amateur competitions, they are usually very highly organized, formally structured events, with complex rules precisely describing the schedule and procedures of the event.

All content from Kiddle encyclopedia articles (including the article images and facts) can be freely used under Attribution-ShareAlike license, unless stated otherwise. Cite this article:
Regatta Facts for Kids. Kiddle Encyclopedia.