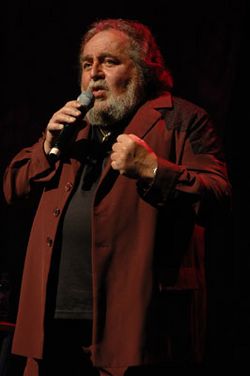 Richard Anthony, also known as Ricardo Anthony Btesh (13 January 1938 – 19 April 2015), was a French singer from Cairo, Egypt. He was known for singing the soundtrack of A Good Year and for his small acting roles in Dallas and Star Trek: The Original Series.

All content from Kiddle encyclopedia articles (including the article images and facts) can be freely used under Attribution-ShareAlike license, unless stated otherwise. Cite this article:
Richard Anthony Facts for Kids. Kiddle Encyclopedia.