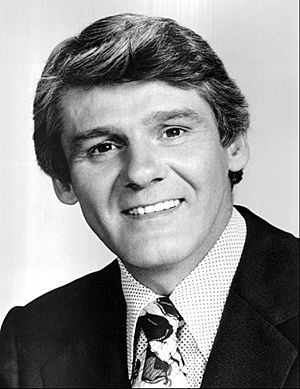 He was married to actress Valerie Harper from 1964 to 1978. His daughter is actress Wendy Schaal by his first marriage to Lois (née Treacy).

In 1962, he joined Chicago's Second City. He became skilled in sketch and improvisational comedy. He had a recurring role in Just Our Luck. He was featured in several episodes of The Mary Tyler Moore Show, The Bob Newhart Show, Rhoda and Phyllis.

All content from Kiddle encyclopedia articles (including the article images and facts) can be freely used under Attribution-ShareAlike license, unless stated otherwise. Cite this article:
Richard Schaal Facts for Kids. Kiddle Encyclopedia.