Ripley is a city in Tippah County, Mississippi, United States. The population was 5,395 at the 2010 census. It is the county seat of Tippah County.

Colonel William Clark Falkner, great-grandfather of authors William Faulkner and John Faulkner, was a prominent resident of Ripley in the mid to late-19th century. W.C. Falkner's exploits in and around Ripley served as the model for Faulkner's character of Colonel John Sartoris.

Ripley is located in the Hills region of North Mississippi, an important region for the birth of American music. The area is known as the birthplace of the hill country blues. 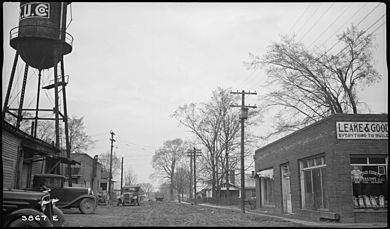 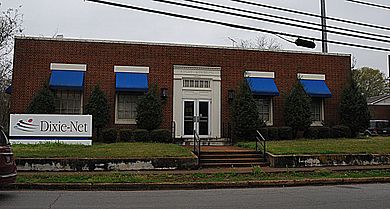 The old Ripley Post Office, part of the historic district, is also listed separately on the National Register of Historic Places

The Ripley Historic District in central Ripley is listed on the National Register of Historic Places.

Ripley is the home of the First Monday Trade Day held the weekend prior to the first Monday of every month. It is one of the oldest outdoor flea markets in the United States. It started around the turn of the 20th century at the old square but is now held south of Ripley along Highway 15 across from the Tippah County Fair Grounds. It has seen publicity by various news channels over the years for its tolerance of a controversial live animal market housed at the back edge of the trading grounds.

There is an annual walking tour of historic William Faulkner sites during Ripley’s annual Faulkner Festival in early November.

All content from Kiddle encyclopedia articles (including the article images and facts) can be freely used under Attribution-ShareAlike license, unless stated otherwise. Cite this article:
Ripley, Mississippi Facts for Kids. Kiddle Encyclopedia.