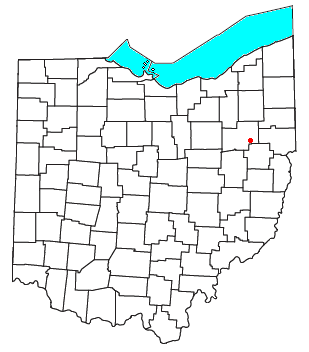 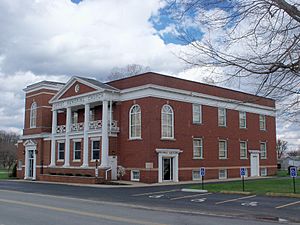 church next to graveyard in Robertsville

Robertsville is an unincorporated community and census-designated place in western Paris Township, Stark County, Ohio, United States. It has a post office with the ZIP code 44670. It lies along U.S. Route 30 between East Canton and Minerva and is in the Minerva Local School District. The community is part of the Canton–Massillon Metropolitan Statistical Area.

A variant name was Robardsville. Robertsville was laid out in 1842 by Joseph Robard, and named for him. A post office called Robertsville has been in operation since 1862.

All content from Kiddle encyclopedia articles (including the article images and facts) can be freely used under Attribution-ShareAlike license, unless stated otherwise. Cite this article:
Robertsville, Ohio Facts for Kids. Kiddle Encyclopedia.