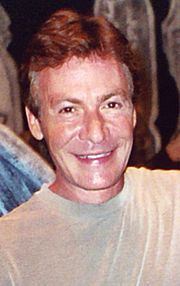 Robin David Sachs (February 5, 1951 – February 1, 2013) was an English actor. He was known for his roles in Babylon 5: In the Beginning, Buffy the Vampire Slayer, The Lost World: Jurassic Park, Galaxy Quest, and in Resident Evil: Damnation.

All content from Kiddle encyclopedia articles (including the article images and facts) can be freely used under Attribution-ShareAlike license, unless stated otherwise. Cite this article:
Robin Sachs Facts for Kids. Kiddle Encyclopedia.