Roy B. B. Janis facts for kids 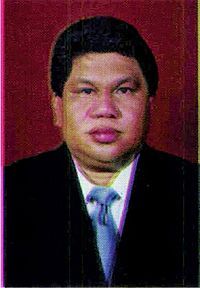 Roy Binilang Bawatanusa Janis (22 August 1957 – 28 December 2020) was an Indonesian politician. From 1992 to 1997, he was a member of the People's Consultative Assembly. From 1999 to 2005, Janis was a member of the People's Representative Council. In 2005, he became the first chairman of the Democratic Renewal Party. He was born in Jakarta, Indonesia.

All content from Kiddle encyclopedia articles (including the article images and facts) can be freely used under Attribution-ShareAlike license, unless stated otherwise. Cite this article:
Roy B. B. Janis Facts for Kids. Kiddle Encyclopedia.