Saint-Étienne-au-Mont is a small farming and light industrial town situated some 3 miles (4.8 km) south of Boulogne, at the junction of the D52 and D940 roads. The Liane river flows from the north of the commune to the south-east. Beyond Écault lies the English Channel (in the west).

Panorama from Mount Ecault and in the distance, the English Channel. 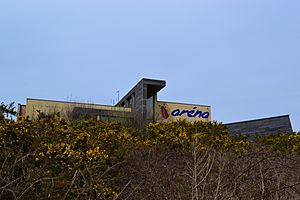 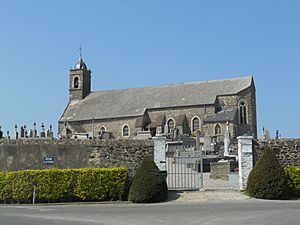 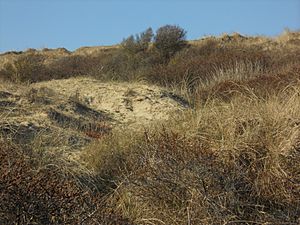 All content from Kiddle encyclopedia articles (including the article images and facts) can be freely used under Attribution-ShareAlike license, unless stated otherwise. Cite this article:
Saint-Étienne-au-Mont Facts for Kids. Kiddle Encyclopedia.