The Dominican city of Santa Cruz de Barahona, or simply Barahona, is the head municipality of the Barahona province, on the southwest of the country.

It is the largest city of the Dominican southwest and the centre of the region. 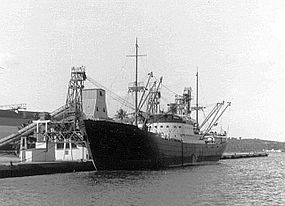 Since the 18th century, the region was occupied by fishermen and people that came here to cut trees. When Toussaint L'Ouverture took the eastern part of the Hispaniola island in the name of France, he gave the order to create the town of Barahona in 1802 as part of the Ozama Department.

After the Independence in 1844, Barahona was a military post of the Azua Province.

The city of Santa Cruz de Barahona is in a plain along the coast, in the lower valley of the Yaque del Sur river. Part of the municipality is on the mountains of Sierra de Bahoruco.

Barahona has a tropical wet and dry/savanna climate (Köppen climate classification : Aw). The climate on the mountains of the Sierra de Baoruco, where there are some rainforests, is cooler and more wet.

The driest season is winter. The month with the least rainfall on average is February with an average of 29 mm (1.1 in) and the second is January with 30 mm (1.2 in).

The municipality of Santa Cruz de Barahona has three municipal districts; these are:

The main economic activity of the province is agriculture; the main product in the municipality is a very good coffee ("Barahona Type Coffee"), grown in the mountains of Eastern Bahoruco.

There are also some important industries, mainly to produce textiles to send to other countries, and sugar in the Ingenio Barahona ("Barahona Sugar Factory").

There is a port in the city; it is used to send coffee and sugar to other countries.

All content from Kiddle encyclopedia articles (including the article images and facts) can be freely used under Attribution-ShareAlike license, unless stated otherwise. Cite this article:
Santa Cruz de Barahona Facts for Kids. Kiddle Encyclopedia.