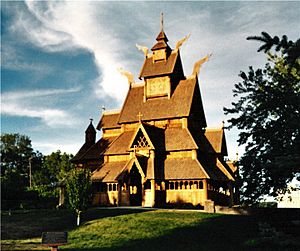 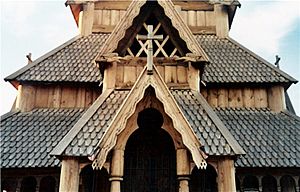 It is believed to be the only park in the world representing all five Nordic countries. The park is supported by the Scandinavian Heritage Association and Norsk Høstfest, both of which have offices at the park.

All content from Kiddle encyclopedia articles (including the article images and facts) can be freely used under Attribution-ShareAlike license, unless stated otherwise. Cite this article:
Scandinavian Heritage Park Facts for Kids. Kiddle Encyclopedia.