Self similarity around the Feigenbaum point in the Mandelbrot set 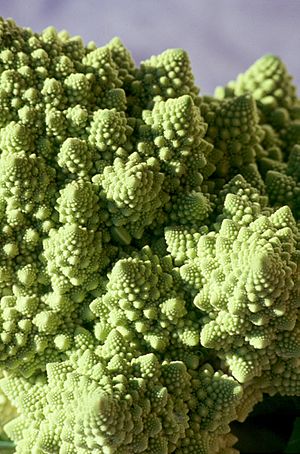 Something is self-similar iff it is similar (or very close) to a part of itself. For example, the Mandelbrot set is self similar as it contains an infinte number of almost-exact copies of itself.

All content from Kiddle encyclopedia articles (including the article images and facts) can be freely used under Attribution-ShareAlike license, unless stated otherwise. Cite this article:
Self-similarity Facts for Kids. Kiddle Encyclopedia.