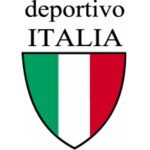 The Small Maracanazo was an historical football match, played in 1971 between the Champion teams of Venezuela and Brazil in Rio de Janeiro.

In 1971, the Deportivo Italia, Venezuela's Champion of the 1971 season (and the team of the Italians of Venezuela), defeated the Fluminense FC, Champion of Brazil, 1:0 (with a goal done by central defender Tenorio) at the Maracana stadium.

... the night of 3 March 1971 will never be forgotten by the fans of Fluminense, who followed on radio and television the match against Deportivo Italia. More than 26,000 people went to the Maracana. The modest Venezuelan team, thrashed in their own field in the previous match, did what no none could do for over a year, not even the powerful Brazilian teams: defeat the Fluminense in their Maracana. That fateful night, Deportivo Italia achieved the victory more enjoyable in the Venezuelan national football history, winning in the largest stadium in the world the Champion of Brazil..

When the Deportivo Italia went back to Venezuela, the players were welcomed by the Italian supporters of the team with one week of celebrations: the victory it is still considered the best achievement -in the football world history- by a Venezuela team.

The match was played in the worldwide famous Maracanã Stadium of Rio de Janeiro. Over 50000 supporters of the Fluminense saw (in the stadium and outside) their team defeated 1 - 0 by the modest team from Caracas. All the sport-media in Latinoamerica were shocked, because the Fluminense was trained by Lobo Zagalo who had just won the World football Cup in 1970. One of the owners of the Fluminense died of heart attack during the final minutes of the match.

All content from Kiddle encyclopedia articles (including the article images and facts) can be freely used under Attribution-ShareAlike license, unless stated otherwise. Cite this article:
Small Maracanazo Facts for Kids. Kiddle Encyclopedia.