The Socastee Historic District, located on the Intracoastal Waterway in Socastee, South Carolina, was added to the National Register of Historic Places in 2002. 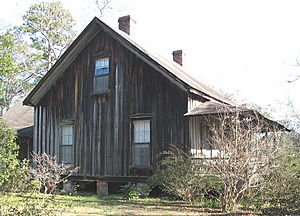 Samuel Sarvis built his house in 1881, shortly before he was to be married. 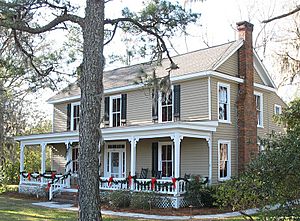 The Thomas B. Cooper house was built for Mr. Cooper by Robert M. Prince, Jr. in 1908. The exterior has recently been renovated. 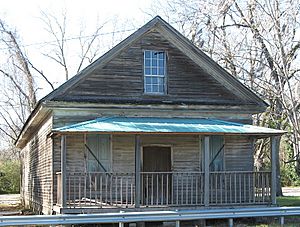 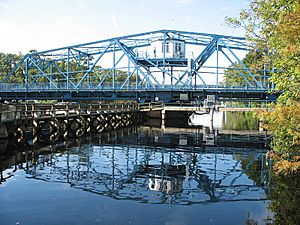 The Socastee swing bridge was designed by the U.S. Corps of engineers, it is a swing-span, Warren through-truss type bridge with rigid joints and was opened in 1936. It is 217 feet (66 m) long and 24 feet (7.3 m) feet wide. A pamphlet printed for the opening of the Waterway in Socastee in 1936, discloses the Socastee Bridge was built by the Tidewater Construction Corporation. According to a 1981 South Carolina Highway Department Survey, however, the bridge contains a plate bearing the name of Virginia Bridge & Iron Company. It is most likely the pieces for the bridge itself was fabricated by the Virginia Bridge & Iron Company, and was assembled by Tidewater Construction Corporation. Originally, the bridge had to be turned by hand. The gatekeeper worked from the house at the top of the bridge. The first operator of the bridge boarded at the Thomas B. Cooper house. 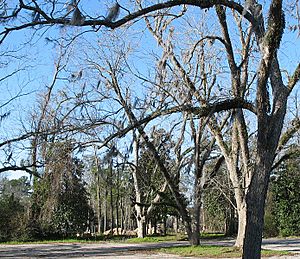 Old pecan grove near the Thomas B. Cooper store.

Samuel S. Sarvis was a confederate veteran and served with the SC 26th Infantry. He was a merchant, store owner and a business partner with Dusenbury & Sarvis. Mr. Sarvis was appointed the postmaster of Socastee in 1896. The post office was in his store which was the norm for small towns in that era. 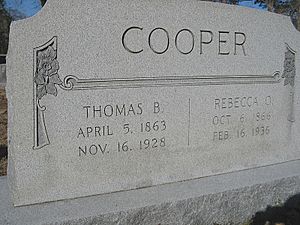 Thomas B. Cooper was the Socastee postmaster in 1908.

All content from Kiddle encyclopedia articles (including the article images and facts) can be freely used under Attribution-ShareAlike license, unless stated otherwise. Cite this article:
Socastee Historic District Facts for Kids. Kiddle Encyclopedia.