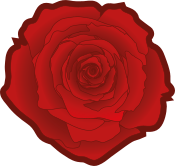 A red rose, the symbol for social democracy.

Social democracy is a government system that has similar values to socialism, but within a capitalist framework. The ideology, named from democracy where people have a say in government actions, supports a competitive economy with money while also helping people whose jobs don't pay a lot. This makes it easier for people to support themselves in society by having more protection if they lose their jobs. Socialism places an emphasis on equal rights for everyone, and there is plenty of government ownership or regulation of various industries that make companies play by the government's rules. This way of governing is appreciated by people living in countries who have to battle the cold more than others, like the northern Nordic countries of Sweden, Denmark, Finland, Norway, and Iceland. The ideology's movement has seen some interest in other countries whose systems do not work this way, because it has worked well for those who have it.

Despite a common belief that social democracy is socialist by principle, its policies keep capitalism in place and socialists often dislike social democrats. Social democrats support Keynesian economics, where the government should step in and help people without jobs. In social democracy entrepreneurs own the industries just like they would in a standard capitalist economy. In socialism the workers own them instead which is very different.

In practice no political theory works out in a simple way. The Soviet Union and its various satellites are a good example. The workers did not own either their place of work or their own homes, in any meaningful way. All power was concentrated in the hands of a relatively small number of people at the top of the party.[citation needed]

Neither were capitalist systems empty of help for the poor and the needy. A good example is England, where relief for the poor was available in every parish in the land, long before there were any government social services. The practice was known as charity. Also, Britain saw the growth of an important middle class after industrialisation took hold. So it is not right to think of such societies as simply composed of owners and workers, or rich and poor.

Social democrats are divided in how they see their theory. Terms like "market socialism" and "the third way" are efforts to rethink what social democracy means today.

All content from Kiddle encyclopedia articles (including the article images and facts) can be freely used under Attribution-ShareAlike license, unless stated otherwise. Cite this article:
Social democracy Facts for Kids. Kiddle Encyclopedia.