Solent Sky is an aviation museum in Southampton, Hampshire, previously known as Southampton Hall of Aviation.

There is also coverage of the Schneider Trophy seaplane races, twice held at Calshot Spit, and the flying boat services which operated from the Solent. In December 2019 the Calshot Spit lightship was relocated next to the museum in order to be converted into part of the museum’s cafe.In September 2020 3 of Southampton’s former trams were moved to the museum site where it is planned they will undergo restoration before going on public display.

Aircraft on display at the museum include: 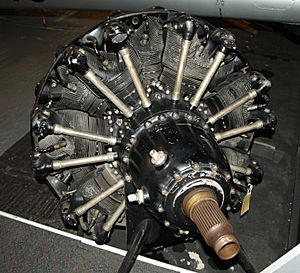 In 2017 an exhibition by the Hampshire Police and Fire Heritage Trust was added to the museum.

The work of Solent Sky is supported by a registered charity, the R. J. Mitchell Memorial Museum Limited, whose objects are "to advance the education of the public in matters relating to aviation by establishing and maintaining a museum as a permanent memorial to R. J. Mitchell, the designer of the Schneider Trophy S6B seaplane and the Spitfire."

All content from Kiddle encyclopedia articles (including the article images and facts) can be freely used under Attribution-ShareAlike license, unless stated otherwise. Cite this article:
Solent Sky Facts for Kids. Kiddle Encyclopedia.