Woolston is a suburb of Southampton, Hampshire, located on the eastern bank of the River Itchen. It is bounded by the River Itchen, Sholing, Peartree Green, Itchen and Weston.

The area is rich in maritime and aviation history. The ancient hamlet grew as new industries, roads and railways came to the area in the Victorian era with Woolston being formally incorporated into the borough of Southampton in 1920. 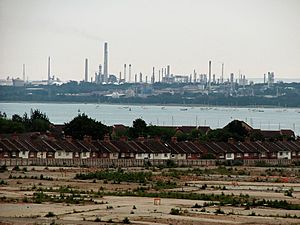 Woolston is believed to originate from Olafs tun, a fortified tun on the East bank of the River Itchen established by the Viking leader Olaf I of Norway in the 10th Century.

In the Domesday Book of 1086, the area is recorded as Olvestune. The area now known as Woolston is certain to have received consignments of wool to be ferried across the River Itchen, Hampshire by the inhabitants of Itchen Ferry village. The evolution of Olvestune into "Woolston" is a result of that trade.

The ancient hamlet grew as new industries, roads and railways came to the area in the Victorian era with Woolston being formally incorporated into the borough of Southampton in 1920.

Development of the Itchen Bridge in the 1970s, to link Woolston with the Southampton City Centre, required significant changes. Old terraces had to be demolished to make room for the new structure. However, as the station that served passengers boarding and departing the Woolston ferry was no longer required, it was demolished and made way for many new townhouses to be built.

Now, at the start of the 21st century, Woolston is again experiencing a period of major change, with the closure of the Vosper Thorneycroft shipyard and the start of construction on Centenary Quay on the site.

Woolston is bounded by Sholing, Peartree Green, Itchen and Weston; with the western boundary as the River Itchen. Its boundary with Weston is the stream that runs through Mayfield Park.

The nearest motorway is the M27; Woolston is closest to Junctions 7 and 8. 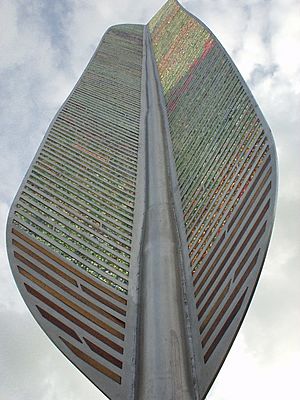 The Woolston Millennium Garden was created for the residents by a local group who wanted to give something back to their community and inject some pride into the area. It was completed in 2002. Its focal point is a 10-metre tall metal and recycled glass feather intended to signify Woolston's history of flight and sail. The garden is divided into three areas, signifying the earth, the sky and the sea. Many of the crew of the Titanic came from Woolston and there are bricks in the pathway through the garden that are inscribed with their names.

The Archery Grounds, bounded by Swift Road and Archery Road, consists of a large grass space, with a children's play area. There is a path leading through to Mayfield Park, a partially wooded, partially open recreational area situated on the border of Woolston and neighbouring Weston.

Woolston railway station is on the West Coastway Line, situated at the end of the Itchen Bridge and operated by South West Trains. The line from Southampton to Woolston was opened on 5 March 1866, accessible from Bridge Road, with an extension opened in November 1867 to serve the Royal Victoria Military Hospital at Netley, where it originally terminated. The line was extended to Fareham on 2 September 1889, whereupon it became possible to run through trains to Portsmouth via a separate line that had been built to link Eastleigh and Gosport in 1841. 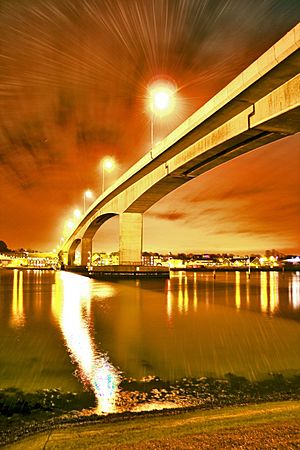 The Itchen Bridge is a toll bridge that crosses the River Itchen, from Woolston to the Chapel area of Southampton near Ocean Village and St. Mary's Stadium. The bridge was opened to traffic on 1 June 1977 and formally named on 13 June 1977 by Princess Alexandra. Costing £5.7 million, the high-level concrete bridge spans 107 m between its central pillars and carries two lanes of traffic 24 m above the river, allowing large vessels to proceed further upstream to the wharfs and quays in Northam. Tolls are charged for vehicles crossing the bridge, toll booths and a control room are situated at the Woolston end, however pedestrians, cyclists and now motorcyclists travel free. Nearly 600,000 vehicles a month use the bridge to cross the river. This is considerably more than were ever accommodated on the Woolston Floating Bridge, a cable ferry which served Woolston from 1938 until the opening of the bridge. Prior to the Floating Bridge, the Itchen ferry boats provided transport across the River Itchen.

There is a major bus stop on the Woolston link road (a separate entrance/exit to the Itchen Bridge not used by normal cars), with a number of (mostly First Hampshire & Dorset) buses running through the suburb.

All content from Kiddle encyclopedia articles (including the article images and facts) can be freely used under Attribution-ShareAlike license, unless stated otherwise. Cite this article:
Woolston, Southampton Facts for Kids. Kiddle Encyclopedia.