St Martin's Church, Stamford, is a parish church in the Church of England located in Stamford, Lincolnshire, England. The area of the town south of the River Welland was in Northamptonshire until 1889 and is called Stamford Baron or St Martin's. 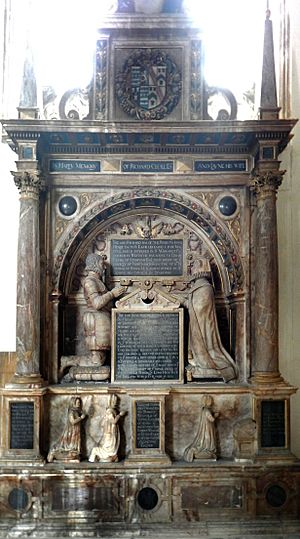 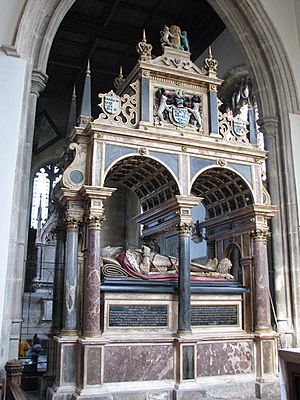 St Martin's Church was founded by the 12th century. It was entirely rebuilt in the Perpendicular style in the 15th century.

The church was restored over the course of the nineteenth century, with a new nave roof, lowered floor, extended Burghley Chapel, as well as new oak pews, pulpit, bells and organ.

The majority of the mediaeval coloured glass was bought by the Earl of Exeter from the Church of the Holy Trinity at Tattershall in 1754.

Properly it is the Church of St Martin Without, Stamford Baron. 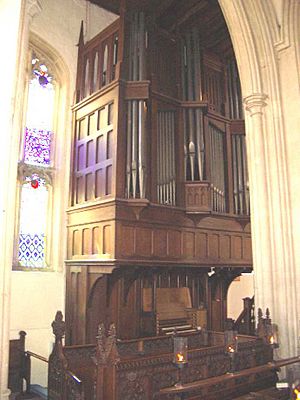 The organ case in St Martin's

The church has an organ by Bevington dating from 1880. A specification of the organ can be found on the National Pipe Organ Register.

All content from Kiddle encyclopedia articles (including the article images and facts) can be freely used under Attribution-ShareAlike license, unless stated otherwise. Cite this article:
St Martin's Church, Stamford Facts for Kids. Kiddle Encyclopedia.