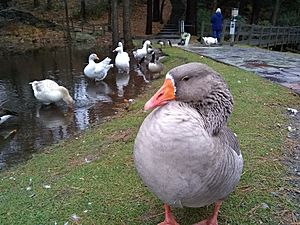 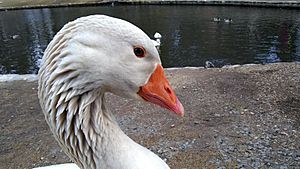 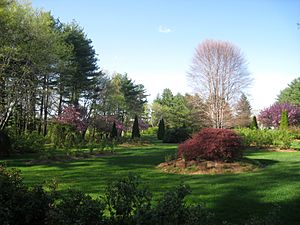 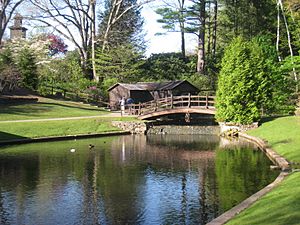 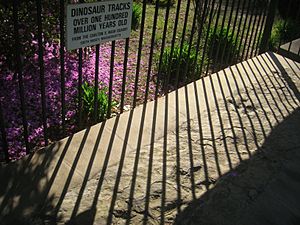 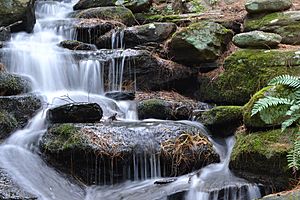 Stanley Park in a non-profit privately owned park including an arboretum and botanical garden, located in Westfield, Massachusetts. It is open to the public daily without charge from May to November., and although the park is closed during the winter people can still enter the park at their own risk. The duck pond area, is monitored 24/7 with three security cameras, that you can access on the park's website page These security cameras were installed about 6 months after three teenagers killed a Muscovy Duck, in November 2011. Westfield Bank donated the security cameras, after public outcry that the park did not have any surveillance on the duck pond area.

In 2017 a volunteer at the park created a memorial sign to be placed in sight of the life size bronze statue, so people would know why there is a statue there, and can read more about it if they scanned the QR code with their phone.

As of 2018, Stanley Park has prohibited the use of bread for feeding the park's ducks and geese. Stanley Park also has over 300 acres of protected woodland with about miles of hiking trails.

List of animals that live at the duck pond

Occasionally wood ducks will visit the pond in the winter, and in the summer some park guests have seen great blue herons.

A greylag goose lived in the pond until November 2, 2018 when he died. He was approximately 35 years old.

The park was established in 1945 by the philanthropist Frank Stanley Beveridge. It includes a number of gardens, listed below, as well as a playground, soccer fields, tennis courts, picnic area, wildlife sanctuary, colonial pond, covered bridge, and blacksmith shop.

Stanley Park is located on Western Avenue in the suburban town of Westfield, Massachusetts. It was founded by its benefactor Frank Stanley Beveridge in 1949. The park began on a 25-acre (100,000 m2) plot, but now spans 300 acres (1.2 km2) with multiple gardens, trails, and playing fields. It is only a short walking distance from Westfield State University, located across Western Avenue to the northwest from Stanley Park. 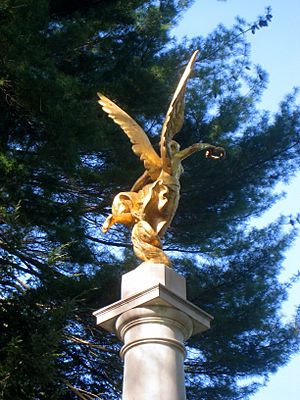 Frank Stanley Beveridge was born in Nova Scotia, Canada in 1879, and he moved to western Massachusetts in 1900 to attend Mount Hermon School in Northfield. After graduating, he traveled to New York where he married and began a family. At this time, Beveridge was very successful in his work and began Stanley Home Products in Westfield, MA. popular for their Stanley Home Parties attracting housekeepers looking for quality cleaning supplies. Stanley Home Products is still around to this very day (although its ownership has since changed hands). Frank Stanley also founded the Frank Stanley Beveridge Foundation in 1947, to both perform charitable works and to further his legacy. He founded Stanley Park in 1949, on 25 acres (100,000 m2) of land at 400 Western Ave, Westfield. After he died in 1956, the foundation still honors his contributions to the community.

Stanley Park’s hours of operation are from 7:00 am until nightfall every day. It is open beginning on the first Saturday in May and closes for the season on the last Sunday in November. The park is open to the public and does not charge for admission.

Stanley Park features multiple natural walking trails, throughout the woods and along the Little River, as well as leading to a variety of ponds, gardens, and wildlife sanctuary. Along with experiencing nature, Stanley Park features operating mills, a meetinghouse, blacksmith shop, Asian tea house, and dinosaur tracks. Stanley Park is also an excellent choice for recreation, with many playing fields, cross country course, a playground, and pavilions.

According to a local newspaper Stanley park is considered an excellent place for people of all ages you can see people enjoying all over the park and the crazy water park is also a home for enjoyment of the kids.Anyone can visit the park and enjoy the scenic beauty of Stanley park.

Stanley Park holds annual Carillon concerts every first and third Sunday each month. These concerts take place from May to November; beginning at 3:00 pm and ending at 4:00 pm.

Stanley Park offers various children’s activities during the summer on Friday mornings. These include story telling, skits, and puppets.

Zoo on the Go

Stanley Park hosts a travelling zoo on three occasions during the summer. Children may pet and ask zookeepers questions about the animals during the event.

An annual Wheel Walk to promote accessibility at the park. Food and games provided.

Stanley Park Is Also the location of many events hosted by third-parties.

All content from Kiddle encyclopedia articles (including the article images and facts) can be freely used under Attribution-ShareAlike license, unless stated otherwise. Cite this article:
Stanley Park (Westfield, Massachusetts) Facts for Kids. Kiddle Encyclopedia.