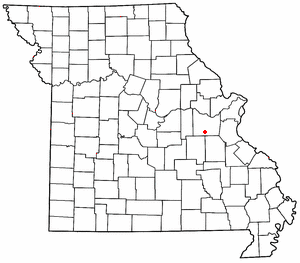 Stanton is an unincorporated community in Franklin County, Missouri, United States. It lies on Interstate 44 at the junction with Missouri Supplemental Route W. Prior to Interstate 44, it was an important town on U.S. Route 66 due to the nearby Meramec Caverns very prominently advertised up and down the highway on barns.

A post office called Stanton has been in operation since 1857. The community took its name from the nearby Stanton copper mines. 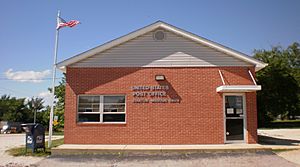 All content from Kiddle encyclopedia articles (including the article images and facts) can be freely used under Attribution-ShareAlike license, unless stated otherwise. Cite this article:
Stanton, Missouri Facts for Kids. Kiddle Encyclopedia.