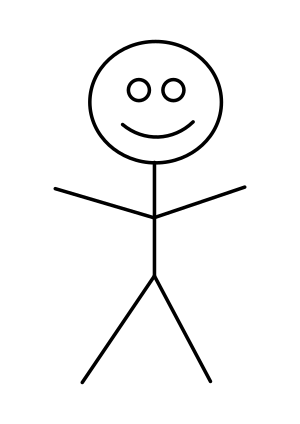 A stick figure is a simple drawing of a person made out of lines and circles. These are often the first way that children begin to draw people. Stick figures have also become popular to make simple, and often violent, animations.

All content from Kiddle encyclopedia articles (including the article images and facts) can be freely used under Attribution-ShareAlike license, unless stated otherwise. Cite this article:
Stick figure Facts for Kids. Kiddle Encyclopedia.