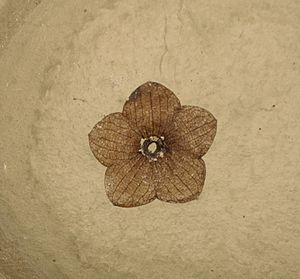 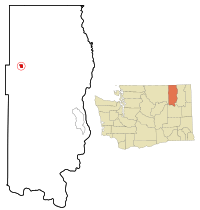 Established in 1989, the Stonerose Interpretive Center and Fossil Site is an Eocene Epoch fossil site and accompanying interpretive center, located in Republic, Washington, part of the Okanagan Highland. The fossils are from organisms that lived in the area nearly 50 million years ago when the area that is now the city of Republic was part of an ancient lake. The old lake's bottom layers are now volcanic ash hardened into sedimentary rock, becoming fine-grained tuffaceous shale. The fossils include various, and some extinct, insects, fish, leaves and twigs, as well as bird feathers. The Republic upland lacustrine fossil beds are significant as they represent the earliest known records of the Rosaceae (rose family) and Aceraceae (maple family).

The original fossil site, located along Highway 21, Ferry County, was first discovered in 1977 by artist Wesley Wehr and paleontologist Kirk R. Johnson. Since then, more than 200 species have been found in fossilized form. The fossil site is a short walk away from the interpretive center. Public digging is permitted with a permit. Visitors may retain up to three fossil pieces per person per day, though significant finds must be left at the site.

The Eocene fossil sites in Republic whose fossils feature in the Stonerose Interpretive center, are part of a series of Eocene lake beds with abundant fossil plants, insects, fish and other ancient life that extends well north into British Columbia in Canada, including the Princeton Chert, McAbee Fossil Beds, and Driftwood Canyon Provincial Park.

The fossilized Florissantia quilchenensis, a flower from an extinct cocoa tree and a member of the family Malvaceae, is Stonerose's logo. Found by Lisa Barksdale, former Stonerose curator, and Wehr, at the time a paleobotanist and Burke Museum curator, it was featured in the National Geographic Magazine, July 2002. The fossil collections at the interpretive center holds a number of published fossil specimens, such as several rare Dillhoffia cachensis fruits.

Both the interpretive center and the fossil site are owned and operated by the Friends of Stonerose Fossils, a non-profit organization.

All content from Kiddle encyclopedia articles (including the article images and facts) can be freely used under Attribution-ShareAlike license, unless stated otherwise. Cite this article:
Stonerose Interpretive Center Facts for Kids. Kiddle Encyclopedia.