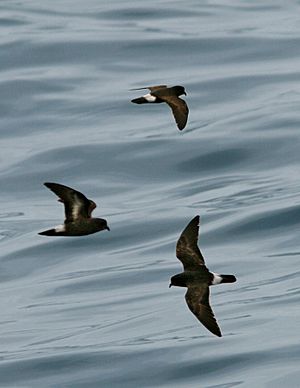 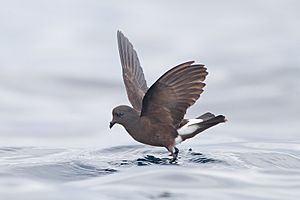 Storm petrel may mean one of two bird families, both in the order Procellariiformes, once treated as the same family.

The two families are:

All content from Kiddle encyclopedia articles (including the article images and facts) can be freely used under Attribution-ShareAlike license, unless stated otherwise. Cite this article:
Storm petrel Facts for Kids. Kiddle Encyclopedia.