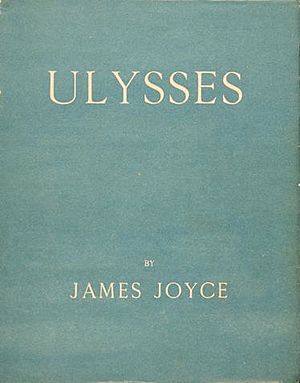 Stream of consciousness is a term used in literary criticism for a literary technique that reports thought processes of a person.

That can be done either in context with observation of the surrounding world or without such observations, then it is called interior or internal monologue. Stream-of-consciousness writing is typical for the modernist movement. The introduction of the term to describe literature, transferred from psychology, is attributed to May Sinclair.

Several famous works that employ stream of consciousness are:

All content from Kiddle encyclopedia articles (including the article images and facts) can be freely used under Attribution-ShareAlike license, unless stated otherwise. Cite this article:
Stream of consciousness writing Facts for Kids. Kiddle Encyclopedia.