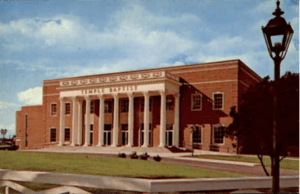 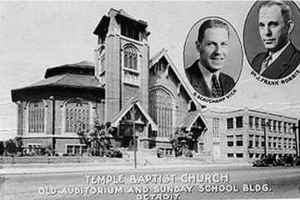 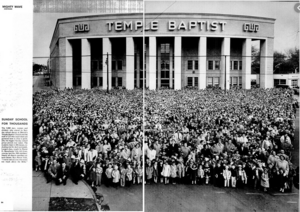 Temple Baptist Church/King Solomon Baptist Church consists of two buildings at the intersection of Fourteenth Avenue and Marquette Avenue in Detroit, Michigan. The original church, which later became known as the Educational and Recreation Building, is a Tudor Revival structure built by architect J. Will Wilson in 1917, then remodeled and made into classrooms and office space by 1940. The second building, also known as the Main Auditorium, is an Art Deco building constructed in 1937 and remains largely unchanged. The buildings are now owned by King Solomon Missionary Baptist Church.

King Solomon Baptist Church, founded in 1926, purchased the Temple Baptist Church buildings in 1951. The Main Auditorium, with a capacity of over 5,000 people, was at the time the largest African American-owned auditorium in Detroit. The church was an important location to the Civil Rights Movement, as it was an early member of the Progressive National Baptist Convention and the site of that body's second annual conference. It served as the location of Malcolm X's 1963 "Message to the Grass Roots" address, one of his most influential speeches. Numerous guests, including Martin Luther King, Jr., Ralph D. Abernathy, and Benjamin Mays, also gave talks there.