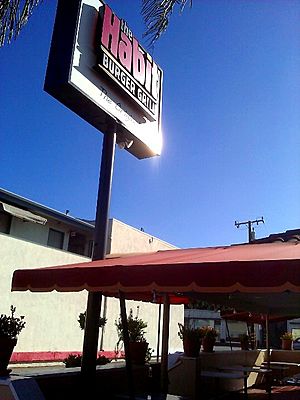 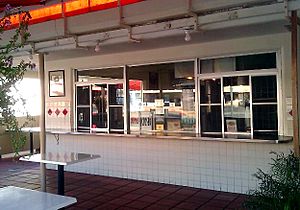 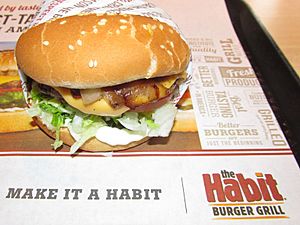 The Habit Burger Grill is an American fast casual restaurant chain that specializes in charbroiled hamburgers. The company also sells other typical fast-casual fare. Its headquarters are in Irvine, California.

In March 2020, Yum! Brands, the parent company of Taco Bell and KFC, acquired The Habit.

The Habit Burger Grill was founded on November 15, 1969 in Santa Barbara, California as a family-owned business.

From 1969 to 2007, the chain slowly expanded around the Los Angeles metropolitan area to 23 restaurants. In 1980, Brent and Bruce Reichard purchased the original location in Goleta.

In 2007, KarpReilly, a private equity firm, acquired a majority ownership in the company and began to rapidly expand the chain, including franchising.

In 2014, Habit had 109 locations either open for business or under construction, including an expansion into Seattle. At that time, the company was one of the fastest-growing fast food chains in the United States, with a 40% sales increase from 2012 to 2013. In November 2014, the company raised $83.7 million in an initial public offering. The share price immediately doubled. By 2016, growth had slowed significantly, in line with the burger business.

In 2017, the company announced plans to expand into the United Kingdom with 30 restaurants.

In March 2020, Yum! Brands, the parent company of Taco Bell and KFC, acquired Habit. Not included in the sale were the eight locations in Santa Barbara County, California, which remain under the ownership of the Reichard brothers. That month, many of their restaurants abandoned indoor dine-ins to combat the COVID-19 pandemic.

As of February 2021, Habit Burger Grill currently has over 300 locations, mostly in California, as follows:

The company also has a fleet of nine food trucks.

All content from Kiddle encyclopedia articles (including the article images and facts) can be freely used under Attribution-ShareAlike license, unless stated otherwise. Cite this article:
The Habit Burger Grill Facts for Kids. Kiddle Encyclopedia.