Kids Encyclopedia Facts
This page is about a monograph. For the plant genus, see Banksia. 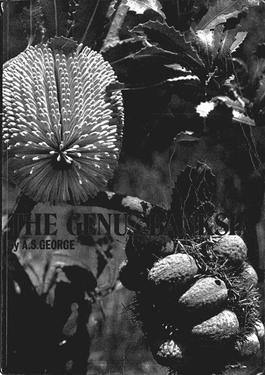 "The genus Banksia L.f. (Proteaceae)" is a 1981 monograph by Alex George on the taxonomy of the plant genus Banksia. Published by the Western Australian Herbarium as Nuytsia 3(3), it presented George's taxonomic arrangement of Banksia, the first major taxonomic revision of the genus since George Bentham published his arrangement in Flora Australiensis in 1870.

One of the most important contributions of "The genus Banksia L.f. (Proteaceae)" was the publication of ten new species and nine new varieties of Banksia. These were:

The classification was widely accepted, and is essentially the one that is in use today.

All content from Kiddle encyclopedia articles (including the article images and facts) can be freely used under Attribution-ShareAlike license, unless stated otherwise. Cite this article:
The genus Banksia L.f. (Proteaceae) Facts for Kids. Kiddle Encyclopedia.