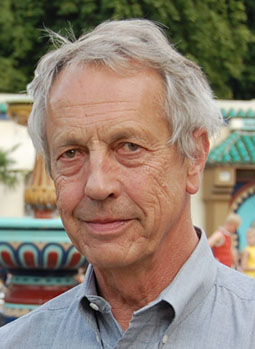 Antonius Hendrikus Maria "Ton" van de Ven (1 January 1944 – 16 September 2015) was a Dutch industrial designer. He was best known for being the creative director at the Efteling theme park in Kaatsheuvel. He designed many things at the theme park between the mid-1970s and early 2000s, including ten rides.

Van de Ven was born in Eindhoven, North Brabant. He was married and had three children.

All content from Kiddle encyclopedia articles (including the article images and facts) can be freely used under Attribution-ShareAlike license, unless stated otherwise. Cite this article:
Ton van de Ven Facts for Kids. Kiddle Encyclopedia.