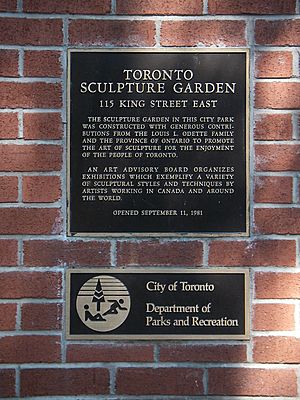 Sign on the brick wall beside the northerly entrance gate to the Toronto Sculpture Garden, on King Street East

The Toronto Sculpture Garden is located at 115 King Street East in a small 80 by 100 foot (25 by 30 m) park directly across the street from Cathedral Church of St. James (Toronto), in Toronto, Ontario, Canada. It operated as an independent entity from 1981 to 2014 and is administered by the city's parks department. 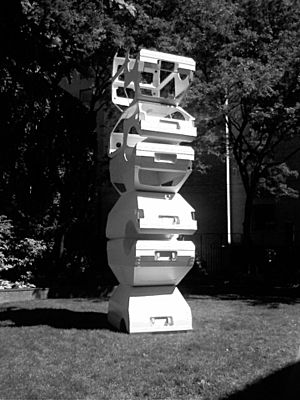 All content from Kiddle encyclopedia articles (including the article images and facts) can be freely used under Attribution-ShareAlike license, unless stated otherwise. Cite this article:
Toronto Sculpture Garden Facts for Kids. Kiddle Encyclopedia.