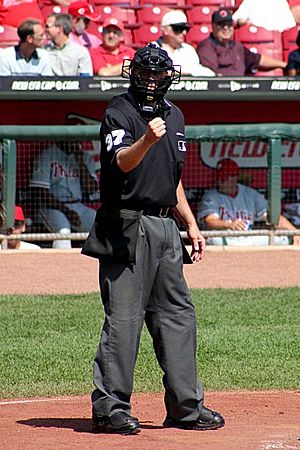 An umpire is someone who makes sure all of the rules are followed and that no one cheats games such as Major League Baseball, tennis, and cricket.

Umpires officiate the game. Their responsibilities include:

All content from Kiddle encyclopedia articles (including the article images and facts) can be freely used under Attribution-ShareAlike license, unless stated otherwise. Cite this article:
Umpire Facts for Kids. Kiddle Encyclopedia.