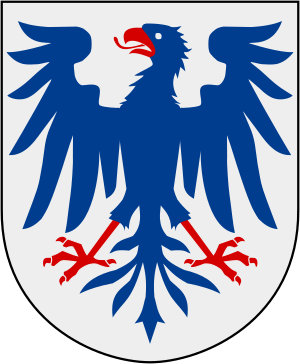 Coat of arms of Värmland

Värmland is a historical province or landskap in the west of middle Sweden. It borders Västergötland, Dalsland, Dalarna, Västmanland and Närke. It is also bounded by Norway in the west. Its Latin name is Wermelandia; its English derivative is Wermland or similar variation. The origin of the name is uncertain. It may refer to a lake by that name, or to a river.

Värmland is the home of several Swedish dansbands and writers.

All content from Kiddle encyclopedia articles (including the article images and facts) can be freely used under Attribution-ShareAlike license, unless stated otherwise. Cite this article:
Värmland Facts for Kids. Kiddle Encyclopedia.