V for Vendetta facts for kids 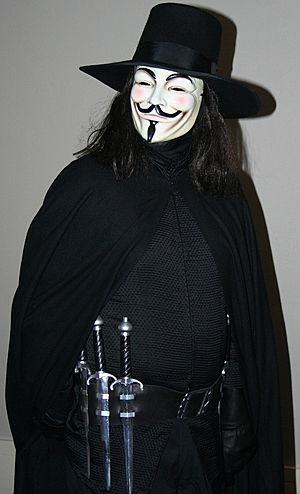 V for Vendetta is a ten-issue graphic comic book series from DC Comics and Vertigo, written by Alan Moore and illustrated mostly by David Lloyd, set in a dystopian future United Kingdom imagined from the 1980s about the 1990s. It was published from 1982 to 1988.

All content from Kiddle encyclopedia articles (including the article images and facts) can be freely used under Attribution-ShareAlike license, unless stated otherwise. Cite this article:
V for Vendetta Facts for Kids. Kiddle Encyclopedia.