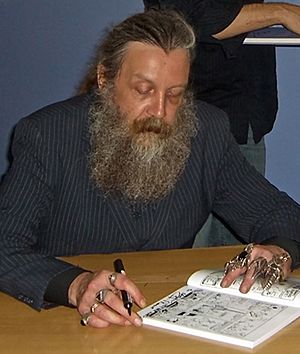 Alan Moore (born 18 November 1953 in Northampton) is an English writer most famous for his influential work in comics, including the acclaimed graphic novels Watchmen, V for Vendetta and From Hell. 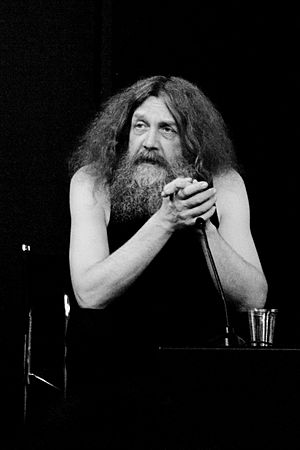 Alan Moore at the Institute of Contemporary Arts in 2009

All content from Kiddle encyclopedia articles (including the article images and facts) can be freely used under Attribution-ShareAlike license, unless stated otherwise. Cite this article:
Alan Moore Facts for Kids. Kiddle Encyclopedia.