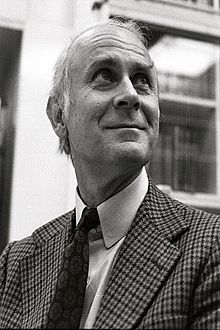 He is best known for his cartoons, the sketches from his 1976 television series Loriot, alongside Evelyn Hamann, and his two movies, Ödipussi (1988) and Pappa Ante Portas (1991).

Von Bülow was born in Brandenburg an der Havel. He died on 22 August 2011 in Ammerland at Lake Starnberg, Germany from natural causes, aged 87.

All content from Kiddle encyclopedia articles (including the article images and facts) can be freely used under Attribution-ShareAlike license, unless stated otherwise. Cite this article:
Vicco von Bülow Facts for Kids. Kiddle Encyclopedia.