Waltenhofen is a municipality in the district of Oberallgäu in Bavaria in Germany. On 1 January 1972, the previously independent municipality of Memhölz was incorporated into Waltenhofen. On January 1 1976, Niedersonthofen was added, and on April 1, 1976 Martin im Allgäu was also added. The mayor has been Eckhard Harscher since 2006. 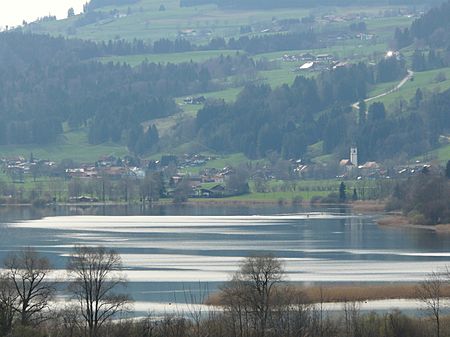 All content from Kiddle encyclopedia articles (including the article images and facts) can be freely used under Attribution-ShareAlike license, unless stated otherwise. Cite this article:
Waltenhofen Facts for Kids. Kiddle Encyclopedia.