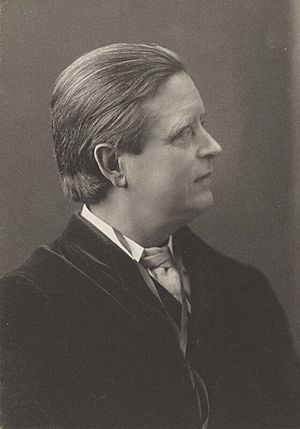 Jerrold was born in Liverpool, the son of Thomas Serle Jerrold and Jane Matilda Copeland (who were first cousins), and one of 11 children. His family had strong theatrical connections: Both his grandfather Douglas William Jerrold and uncle William Blanchard Jerrold were notable dramatists, and his great grandfather Samuel Jerrold was an actor and theater manager.

Jerrold spent most of his life in London, starting work as a clerk in a newspaper counting-house, and going on to become deputy editor of The Observer. He edited many classic texts for the newly founded Everyman's Library, wrote biographies, travel books (for the "Beautiful England" series - published by Blackie and Son Limited), edited children's books, and produced stories for children under the name of Walter Copeland.

On 23 July 1895 he married Clara Armstrong Bridgeman (2 December 1861 – 1937) at Kensington Register Office. Clara was also a published author writing under the name Clare Jerrold, which included a three-volume set on the life of Queen Victoria. Together they had one son and five daughters all named after Greek mythological characters. Oliver (27 September 1896 – 3 June 1897), their first born, died in infancy. Ianthe (1898–1977), the oldest daughter, became a renowned fiction writer of twenty-one novels. Twins, Daphne (1899–1972) and Phyllis (1899–1975), attended the Slade School of Art and became painters and book illustrators. Hebe (1900–1987) was a poet and book illustrator. The youngest daughter, Althea (1902–1973) was also a talented writer and poet whose talent was overshadowed by her equally talented older siblings.

All content from Kiddle encyclopedia articles (including the article images and facts) can be freely used under Attribution-ShareAlike license, unless stated otherwise. Cite this article:
Walter Jerrold Facts for Kids. Kiddle Encyclopedia.