West Point is a city in Clay County, Mississippi, in the Golden Triangle region of the state. The population was 11,307 at the 2010 census. It is the county seat of Clay County and the principal city of the West Point Micropolitan Statistical Area, which is part of the larger Columbus-West Point Combined Statistical Area. 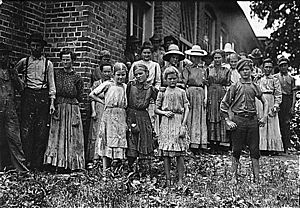 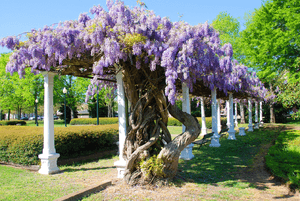 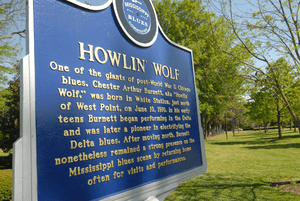 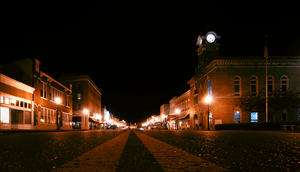 West Point, MS is located in the North East section of Mississippi just across the Alabama state line. West Point has a rich heritage with generations of family lineage calling it home. Historically the area has a blend of African American, White and Native American lineage. The city has many social activities sponsored by church and civic organizations.

Old Waverly Golf Club, located outside of West Point and recognized as one of Mississippi's top golf courses, hosted the 1999 U.S. Women's Open, which was won by Juli Inkster. West Point Country Club is three minutes from downtown West Point and offers 18 rounds of golf, swimming, tennis and a club house. Payne Field was an advanced Aviation School operated from May 1918 to March 1920. About 1,500 pilots were trained there. It is recognized as the first airfield in the state of Mississippi. Despite averaging less than 1" of snow a year West Point was the home of the original Blazon-Flexible Flyer, Inc. proclaimed to make the very best snow sled in the United States, which became an American tradition. It is called The Flexible Flyer.

Waverly Plantation Mansion, just eight miles east of West Point is a National Historic Landmark. Its four story cantilevered stair hall and cupola is considered unique in the United States. The mansion is open daily for tours from 9am and closes promptly at 5pm. Admission fee charged.

West Point is the home of the Howlin' Wolf Blues Museum. Each Labor Day weekend the town of West Point hosts the Prairie Arts Festival. The weekend kicks off with the Howlin’ Wolf Blues Festival on Friday night followed by the Prairie Arts Festival during the day on Saturday. The festival showcases the areas arts and crafts with shopping, music, rides for children, a 5K race and a car show.

West Point is the home of three high schools: West Point High School, the town's lone public high school, offers a diverse classroom environment and is the largest of the three. Oak Hill Academy and Hebron Christian School are tuition based private schools.

Large businesses in West Point include Southern Ionics, Babcock & Wilcox, and Mossy Oak. Bryan Foods was founded in West Point in 1936 by John H. Bryan, Sr and W.B. Bryan. Bryan Foods was acquired by Sara Lee Corporation in 1968 and continued operations in West Point until March 2007. West Point has an ever-increasing economic sector with the opening of the new Prairie Belt Power Site. The Prairie Belt Power Site allows advantage to West Point with its easy access to major highways, waterways and railways; ample electric power and natural gas resources as well as access to three airports.

All content from Kiddle encyclopedia articles (including the article images and facts) can be freely used under Attribution-ShareAlike license, unless stated otherwise. Cite this article:
West Point, Mississippi Facts for Kids. Kiddle Encyclopedia.