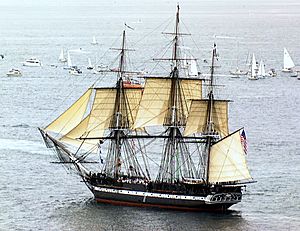 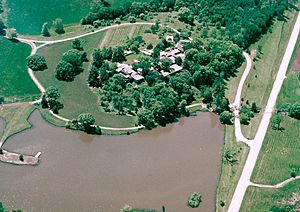 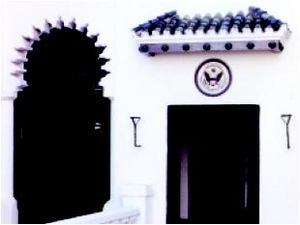 The American Legation in Tangiers, Morocco, is the only National Historic Landmark on foreign soil. 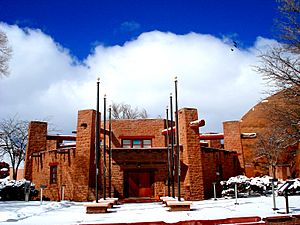 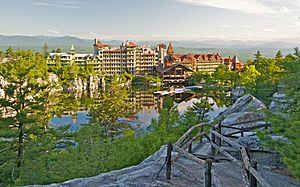 Mohonk Mountain House, a resort hotel on Shawangunk Ridge; site of 1895-1916 conference that led to establishment of Permanent Court of Arbitration at The Hague 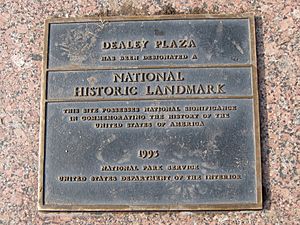 A National Historic Landmark (NHL) is a building, site, structure, object, or district with historical importance. The United States government marks them as NHLs only if they have high historical significance. Out of more than 80,000 places on the National Register of Historic Places only about 2,430 are NHLs.

On October 9, 1960, Secretary of the Interior Fred Andrew Seaton announced 92 properties as NHLs. The first of these was a political nomination, Sergeant Floyd Grave and Monument in Sioux City, Iowa as officially designated on June 30 of that year, but for various reasons the public announcement of the first several NHLs was delayed.

NHLs are designated by the United States Secretary of the Interior because they are:

Of the 2,442 or so current NHLs, 3 states, Pennsylvania, Massachusetts, and New York account for nearly 25 percent of the nation's NHLs. In addition to these states, cities within these states, Boston, Philadelphia, and New York City (each separately) alone have more NHLs than 40 out of the 50 states. There are NHLs in all 50 states. There are 74 in the District of Columbia, 15 in Puerto Rico and other U.S. commonwealths and territories, five in U.S.-associated states such as Micronesia, and one in Morocco.

There are 128 ships or shipwrecks that are NHLs.

If not already listed on the National Register of Historic Places, an NHL is automatically added to the Register upon designation. About three percent of Register listings are NHLs.

All content from Kiddle encyclopedia articles (including the article images and facts) can be freely used under Attribution-ShareAlike license, unless stated otherwise. Cite this article:
National Historic Landmark Facts for Kids. Kiddle Encyclopedia.