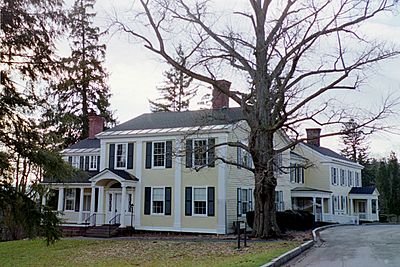 The Elihu Root House, a National Historic Landmark on the Hamilton College campus

This is a list of National Historic Landmarks and comparable other historic sites designated by the U.S. government in the U.S. state of New York. The United States National Historic Landmark (NHL) program operates under the auspices of the National Park Service, and recognizes buildings, structures, objects, sites and districts of resources according to a list of criteria of national significance. There are 262 NHLs in New York state, which is more than 10 percent of all the NHLs nationwide, and the most of any state. The National Park Service also has listed 20 National Monuments, National Historic Sites, National Memorials, and other sites as being historic landmarks of national importance, of which 7 are also designated NHLs. All of these historic landmarks are covered in this list.

There are 139 NHLs in upstate New York, 13 on Long Island, and 114 within New York City (NYC). Three counties have ten or more NHLs: New York County (Manhattan) has 86; Westchester County, just north of NYC, has 18; and Erie County in western New York has 10. Twelve other counties have five to nine NHLs, eight have three or four, 27 counties have one or two, and the remaining twelve of the state's 62 counties have none. The first New York NHLs were eight designated on October 9, 1960; the latest was designated on March 13, 2013. The NHLs and other landmarks outside of NYC are listed below; the NHLs in NYC are in this companion article. 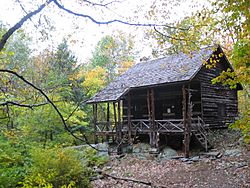 New York State NHLs include ten prehistoric or other archeological sites, 12 historical Dutch farmhouses, manors, and historic districts, and 21 architecturally and/or historically important churches or houses of worship. Fully 26 NHLs are primarily military, including 13 fort sites (five standing forts, three fortified houses, and five ruins), five other battlegrounds, seven military headquarters, training facilities, arsenals and armories, and one military shipwreck site. One of these NHLs is associated with the American Civil War, while all the rest of these forts and other military places are associated with the French and Indian War and/or the American Revolutionary War.

There are nine NHL ships, including a warship and a tugboat that served in World War II, one warship that saw combat in the Vietnam War, three sailing boats, two fireboats and a lightvessel. Salient in the list are 24 mansions, and four sites primarily significant for their architectural landscaping. Many properties, numbering in the thousands, are contributing or non-contributing structures in the state's nine National Historic Landmark Districts. Intellectual accomplishments of New Yorkers are associated with 22 sites, including nine university buildings, ten other NHLs associated with inventions, inventors or scientists, and four engineering landmarks, including two bridges that were once the longest of their types. Commercial accomplishments include 11 historic skyscrapers, five of which were once the tallest in the world, seven stock exchanges and other buildings important in commercial history, two bank buildings, five industrial facilities, and three water-based civil engineering works. Two are architectural oddities. 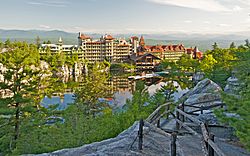 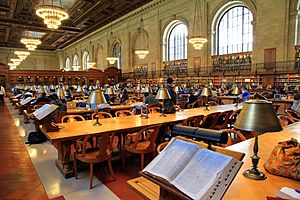 The state of New York, exclusive of NYC, is home to 155 of these landmarks, which are tabulated here. Twenty-three of these are also State Historic Sites (SHS), and fourteen are National Park System areas; these designations are indicated in italics.

National Historic Sites, National Historic Parks, National Memorials, and certain other areas listed in the National Park system are historic landmarks of national importance that are highly protected already, often before the inauguration of the NHL program in 1960. There are 20 of these in New York State. The legislation establishing the National Historic Landmark program does not prevent these from being designated, but in practice these are not often named NHLs per se, due to administrative costs of their nomination and to the low preservation value of designating them.

In New York State, the William Floyd House within the Fire Island National Seashore and Ellis Island within the Statue of Liberty National Monument were both deemed NHL-eligible by the Advisory Board but were not designated.

It was not until 1977 that a policy was promulgated that would allow for designation of National Historic Landmark "whose primary significance is not related to its park's purpose". The Jacob Riis House in Queens was de-designated in 1973.

The National Park Service identifies 18 historic sites within national park units in New York State, and lists these together with the NHLs in the state, and there are also two National Historic Sites that are "affiliated areas," receiving National Park Service support but not directly administered by it. Seven of the 20 were declared National Historic Landmarks, in several instances before receiving the higher protection designation, and retain their NHL standing. Four of these are listed above and three are included within the New York City list of NHLs. The 13 others are:

There are four other National Park Service areas in New York State that do not have historic standing.

All content from Kiddle encyclopedia articles (including the article images and facts) can be freely used under Attribution-ShareAlike license, unless stated otherwise. Cite this article:
List of National Historic Landmarks in New York Facts for Kids. Kiddle Encyclopedia.