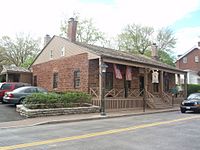 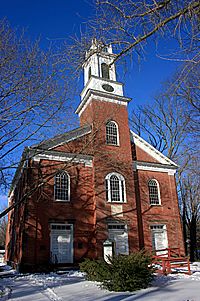 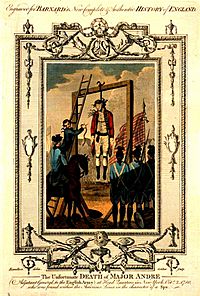 Tappan (pronounced tuh-PAN), Indian word meaning "tuphanne" - translation "cold water", is a hamlet and census-designated place in the town of Orangetown, Rockland County, New York, United States. It is located north of Old Tappan, New Jersey, east of Nauraushaun and Pearl River, south of Blauvelt, and west of Palisades and Sparkill. The population was 6,613 at the 2010 census.

The Tappan tribe were a Lenape people who inhabited the region radiating from the Hudson Palisades and the New York – New Jersey Highlands at the time of European colonization in the 17th century.

The first Orange County courthouse was built in 1691 in Tappan, though by 1737, sessions alternated between Tappan and Goshen. The first school house in Rockland County was built in 1711 in Tappan. It was used as a school until 1860. There would not be another school in the county until late in the 18th century.

The Orangetown Resolutions were adopted in 1774 at the home of Yoast Mabie. The Dutch colonial house was built by his brother Casparus Mabie in Tappan. When Great Britain imposed duties on the colonies and closed the port of Boston, local inhabitants passed resolutions calling for a boycott of British imports and exports on Monday, July 4, 1774, two years to the day before the Declaration of Independence was proclaimed.

British Major John André, who conspired with Benedict Arnold to allow the takeover of West Point by the British, was captured in 1780 in Tarrytown on his way back to the British lines with the plans of the fort's fortifications. Major André was brought to Tappan, confined at Caspurus Mabie's home, known as "Mabie's Inn," and brought to trial at the Reformed Church of Tappan; he was found guilty of espionage, hanged, and buried nearby.

Agent 355 of the Culper Spy Ring is thought to have played a major role in exposing Arnold and the arrest of Major John André. Strickland, Major André's executioner, who was confined at the camp in Tappan as a dangerous Tory during André's trial, was granted liberty for accepting the duty of hangman and returned to his home in the Ramapo Valley or Smith's Clove. Joshua Hett Smith, accused of conspiring with Major André, was also brought to trial at the Reformed Church of Tappan. The trial lasted four weeks and ended in Smith's acquittal.

General George Washington, who in 1789 became the first president of the United States, used the 1700 DeWint House, Rockland County's oldest existing structure, as his headquarters four times between 1780 and 1783, and dined at Mabie's Inn during the American Revolution. Today the house known as Mabie's Inn is a restaurant operating as The Old 76 House.

According to the United States Census Bureau, the region has a total area of 2.8 square miles (7.3 km2), all land.

There were 2,261 households out of which 37.1% had children under the age of 18 living with them, 73.6% were married couples living together, 7.3% had a female householder with no husband present, and 16.5% were non-families. 13.6% of all households were made up of individuals and 7.1% had someone living alone who was 65 years of age or older. The average household size was 2.98 and the average family size was 3.27. 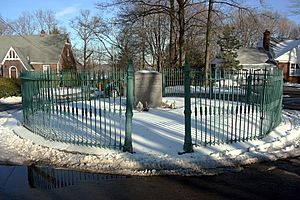 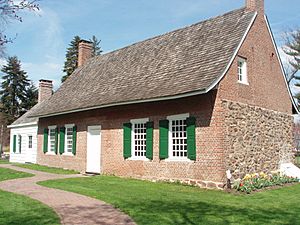 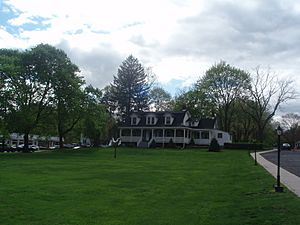 All content from Kiddle encyclopedia articles (including the article images and facts) can be freely used under Attribution-ShareAlike license, unless stated otherwise. Cite this article:
Tappan, New York Facts for Kids. Kiddle Encyclopedia.