Catskill is a town in the southeastern section of Greene County, New York, United States. The population was 11,775 at the 2010 census. The western part of the town is in the Catskill Park. The town contains a village, also called Catskill. The village of Catskill has a well-defined Main Street. There is a public boat launch on the Hudson River called Dutchman's Landing. 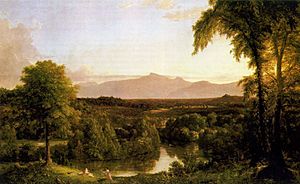 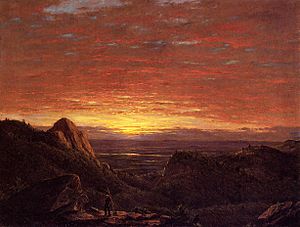 The area of the town was purchased from the natives for some trinkets in 1678, and settlement followed. The town was established in 1788 while still part of Albany County. The town was increased by an addition from the town of Woodstock in 1800, but was later decreased upon the formation of the towns of Cairo (1803) and Athens (1815).

On July 23, 2003, an F2 tornado ripped across the town. The worst of the damage occurred at the Kiskatom flats. The tornado crossed over New York Route 32 and went past the Friar Tuck Inn, causing two mobile homes to flip over. 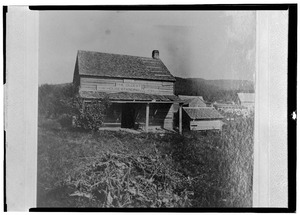 All content from Kiddle encyclopedia articles (including the article images and facts) can be freely used under Attribution-ShareAlike license, unless stated otherwise. Cite this article:
Catskill (town), New York Facts for Kids. Kiddle Encyclopedia.