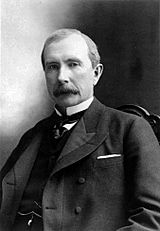 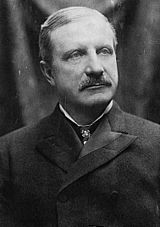 The Rockefeller family is an American industrial, political, and banking family that owns one of the world's largest fortunes. The fortune was made in the American petroleum industry during the late 19th and early 20th centuries by John D. Rockefeller and his brother William Rockefeller, primarily through Standard Oil. The family has had a long association with, and control of, Chase Manhattan Bank. As of 1977[update] the Rockefellers were considered one of the most powerful families, if not the most powerful family, in the history of the United States. The Rockefeller family originated in Rhineland in Germany and family members moved to the New World in the early 18th century, while through Eliza Davison, John D. Rockefeller and William Rockefeller Jr. and their descendants are also of Scotch-Irish ancestry.

The Rockefeller family originated in Rhineland in Germany and can be traced to the town Neuwied in the early 17th century. The American family branch is descended from Johann Peter Rockefeller, a miller who migrated from Rhineland to Philadelphia around 1723. In America he became a plantation owner and landholder in Somerville, and Amwell, New Jersey.

The combined wealth of the family—their total assets and investments plus the individual wealth of its members—has never been known with any precision. The records of the family archives relating to both the family and individual members' net worth are closed to researchers.

From the outset the family's wealth has been under the complete control of the male members of the dynasty, through the family office. Despite strong-willed wives who had influence over their husbands' decisions—such as the pivotal female figure Abby Aldrich Rockefeller, wife of John D. Rockefeller Jr.—in all cases they received allowances only and were never given even partial responsibility for the family fortune.

Much of the wealth has been locked up in the notable family trust of 1934 (which holds the bulk of the fortune and matures on the death of the fourth generation) and the trust of 1952, both administered by Chase Bank, the corporate successor to Chase Manhattan Bank. These trusts have consisted of shares in the successor companies to Standard Oil and other diversified investments, as well as the family's considerable real estate holdings. They are administered by a trust committee that oversees the fortune.

Management of this fortune today also rests with professional money managers who oversee the principal holding company, Rockefeller Financial Services, which controls all the family's investments, now that Rockefeller Center is no longer owned by the family. The present chairman is David Rockefeller Jr.

The family was heavily involved in numerous real estate construction projects in the U.S. during the 20th century. Chief among them:

Over the generations, the family members have resided in some notable historic homes. A total of 81 Rockefeller residences are on the National Register of Historic Places. Not including all homes owned by the five brothers, some of the more prominent of these residences are:

The Population Council, founded by the family in 1952.

Prominent banker and philanthropist David Rockefeller Sr. was the family patriarch until his death in 2017. In 1960, when his brother Nelson Rockefeller was governor of New York, David Sr. successfully pressed for a repeal of a New York state law that restricted Chase Manhattan Bank from operating outside the city. David Sr. was twice offered the post of Treasury secretary by President Richard M. Nixon, but declined on both occasions. In 1979, he used his high-level contacts to bring Mohammad Reza Shah of Iran, who had been overthrown in the Iranian Revolution and was in poor health, for medical treatment in the United States. In 1998, he was awarded the Presidential Medal of Freedom by President Bill Clinton for his work on International Executive Service Corps.

A trademark of the dynasty over its 140-plus years has been the remarkable unity it has maintained, despite major divisions that developed in the late 1970s, and unlike other wealthy families such as the Du Ponts and the Mellons. A primary reason has been the lifelong efforts of "Junior" to not only cleanse the name from the opprobrium stemming from the ruthless practices of Standard Oil, but his tireless efforts to forge family unity even as he allowed his five sons to operate independently. This was partly achieved by regular brothers and family meetings, but it was also because of the high value placed on family unity by first Nelson and John III, and later especially with David.

Regarding achievements, in 1972, on the 100th anniversary of the founding of Andrew Carnegie's philanthropy, the Carnegie Corporation, which has had a long association with the family and its institutions, released a public statement on the influence of the family on not just philanthropy but encompassing a much wider field. Summing up a predominant view amongst the international philanthropic world, albeit one poorly grasped by the public, one sentence of this statement read: "The contributions of the Rockefeller family are staggering in their extraordinary range and in the scope of their contribution to humankind."

The combined personal and social connections of the various family members are vast, both in the United States and throughout the world, including the most powerful politicians, royalty, public figures, and chief businessmen. Notable figures through Standard Oil alone have included Henry Flagler and Henry H. Rogers. Contemporary figures include Henry Kissinger, Richard Parsons (Chairman and CEO of Time Warner), C. Fred Bergsten, Peter G. Peterson (Senior Chairman of the Blackstone Group), and Paul Volcker.

In 1991, the family was presented with the Honor Award from the National Building Museum for four generations worth of preserving and creating some of the U.S.'s most important buildings and places. David accepted the award on the family's behalf. The ceremony coincided with an exhibition on the family's contributions to the built environment, including John Sr.'s preservation efforts for the Hudson River Palisades, the restoration of Williamsburg, Virginia, construction of Rockefeller Center, and Governor Nelson's efforts to construct low- and middle-income housing in New York state.

The Rockefeller name is imprinted in numerous places throughout the United States, most notably in New York City, but also in Cleveland, where the family originates:

John Jr., through his son Nelson, purchased and then donated the land upon which sits the United Nations headquarters, in New York, in 1946. Earlier, in the 1920s, he had also donated a substantial amount towards the restoration and rehabilitation of major buildings in France after World War I, such as the Rheims Cathedral, the Fontainebleau Palace and the Palace of Versailles, for which he was later (1936) awarded France's highest decoration, the Grand Croix of the Legion d'Honneur (subsequently also awarded decades later to his son, David Rockefeller).

He also funded the notable excavations at Luxor in Egypt, as well as establishing a Classical Studies School in Athens. In addition, he provided the funding for the construction of the Palestine Archaeological Museum in East Jerusalem - the Rockefeller Museum.

Beginning with John D. Rockefeller Sr., the family has been a major force in land conservation. Over the generations, it has created more than 20 national parks and open spaces, including the Cloisters, Acadia National Park, Forest Hill Park, the Nature Conservancy, the Rockefeller Forest in California's Humboldt Redwoods State Park (the largest stand of old-growth redwoods), and Grand Teton National Park, among many others. John Jr., and his son Laurance (and his son Laurance Jr. aka Larry) were particularly prominent in this area.

The family was honored for its conservation efforts in November 2005, by the National Audubon Society, one of America's largest and oldest conservation organizations, at which over 30 family members attended. At the event, the society's president, John Flicker, notably stated: "Cumulatively, no other family in America has made the contribution to conservation that the Rockefeller family has made".

The total number of blood relative descendants as of 2006 was about 150.

An article in the New York Times in 1937 stated that William Rockefeller had, at that time, 28 great-grandchildren.

All content from Kiddle encyclopedia articles (including the article images and facts) can be freely used under Attribution-ShareAlike license, unless stated otherwise. Cite this article:
Rockefeller family Facts for Kids. Kiddle Encyclopedia.